Imagine having to go to Weldon library and find one specific book. But imagine doing it without the library catalogue to help you. How to find and keep track of books is a problem that has plagued readers and institutions alike forever.

There’s a Mark on My Shelf!

If you have ever been in a library, you have undoubtedly noticed that the spines of books all have stickers with some variation of numbers and/or letters. This is what’s called a ‘shelfmark’, and is what enables the book to be found easily – assuming it was shelved in the right spot that is. 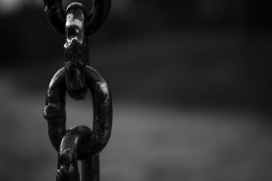 In the Middle Ages, the tagging system for books could be as simple as a single letter denoting the books place in the shelf, or for larger collections the use of numbers. Chained libraries added to that system when they used double-sided lecterns. To indicate which side of the lectern the manuscript could be found on, libraries included colors in the shelfmarks – red to refer to the right side, and black for the left side.

These systems are all well and good, but they don’t tell a person much unless there is a way in which to consolidate all the shelfmarks in a searchable fashion. Enter: THE LIBRARY CATALOGUE!! Prior to the Middle Ages, the catalogues kept of large collections amounted to mainly just an inventory list. You knew you had the book but you didn’t know exactly where it was necessarily.  People in the Later Middle Ages realized that this was a small problem, and here we see the arrival of proper catalogues. While some were written out in books themselves, others could be posted on the walls of the library itself. 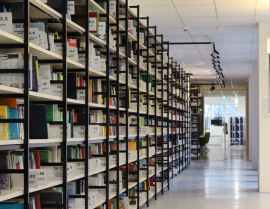 While you may be rejoicing thinking that an efficient system has finally begun, you will be a little disappointed to learn that they weren’t. While it could tell you where a book was located in a certain section of the library, it didn’t tell you where the section was. It would be like being told that a copy Wheelock’s Latin was in the Languages and Literature section of Weldon, but not knowing that it’s the fourth floor and you spend a good couple hours looking around just to find the section, let alone the book itself. That is a lot of walking time that could have been put towards your Latin homework…. As if you were going to do that ahead of time anyways.

But as times moves on, so does evolution. Library catalogues evolved to be more detailed in telling the users where the section was, as well as the location of the book in that section. Libraries also developed ways that the library patron could carry around the catalogue with them in their search. Kind of like Middle-Aged smartphones! Their battery never dies! But they don’t have internet… or the ability to do anything besides be paper with columns of books and locations on it… So not at all like smartphones really. 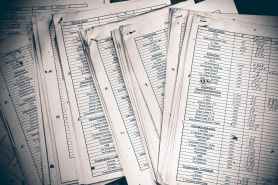 Based on the small size of these papers, historians know that these slips of paper were meant to be carried around. They also resembled inventory slips that would be at the end of a shelving unit. The columns would be split up similarly to the chained books. The red books would again be on the right of the shelf, the black books on the left. They would even be split up by shelf, the books on the top of the list would be on top of the shelves, while the books on the bottom of the list would be found underneath the shelves.

Thank goodness for that, otherwise it would be even harder to get books worms like me to leave the library… But you would have to find me first 😉
What do you think? Do you have a way that the current system could be better? What about cataloging home libraries that aren’t as extensive? How could we use systems like this in other parts of our lives? I wanna hear from you in the comments!

Learn more by checking out the original article!

View all posts by DigitalMusings